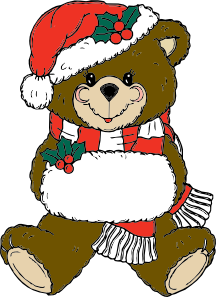 Little Bear was more worried about getting gifts for his mom, dad and all his grandparents that he never had time to stop and think about what he needed. So that letter to Santa never was written.

Little Bear was a kind and thoughtful little bear and he always put others before himself. So he went about making gifts for his parents and grandparents. For his mom he dried hundreds of flowers that he had collected all summer. These he made into a wonderful smelling potpourri, He even found a wonderful, only slightly cracked bowl to put the dried flower pedals in, that his mom would just love to see all winter long. For his dad, he made a fishing lure out of an old wine cork and he painted it like a shark from the ocean. For his grandparents he painted a picture of each of them. He hid the paintings in the woods and covered the paintings with leaves and branches, so that no one would see them and spoil the gift.

2. Now all this was good and most proper for a little bear to be doing, but Santa Clause got worried, for he kept track of all the kids in the world and here it was a week before Christmas and no letter from Little Bear. Why there was a letter from Little Calf, Little Squirrel, Little Lamb, Little Blue Jay and millions of others, but no Little Bear. Santa got worried…

Santa peeking around a tree trunk found Little Bear painting pictures, making lures and drying flowers. Santa also found that Little Bear was so worn out at the end of the day, that he had no time to write a letter to Santa and tell Santa what he wanted. Santa went back home to the North Pole and thought about what to give a little bear that was too busy making gifts for his family to care about what he wanted for Christmas.

Santa came up with a trick to play on Little Bear. Santa would send Mister Owl to ask him what he wanted. Mister Owl went to Little Bear as he was asked by Santa and presented his question, “What would you like for Christmas, Little Bear?”

3. Little Bear looked up in surprise as he was finishing the painting of his great grandpa bear, just two days before Christmas and he paused a few seconds thinking at the last brush stroke and said, “I guess that I do not need anything! For I have all that any little bear could ever want!” Then Little Bear said, “I have hugs, kisses, lots of food and lots of love! What more do I need?” Then he finished the brush stroke and declared the last painting done. In fact he declared all the gifts done and just in time for Christmas which was just two days away…

4. Mister Owl flew back to Santa in the North Pole and reported what he was told. That left Santa in worse shape than he was. For now he had no idea what to get Little Bear. Then since Christmas was two days off and he had to hurry and get done. Santa put his thoughts on the back burner and hurried to get all the gifts together for all the kids all over the world. All the while not knowing what to get a good Little Bear.

Christmas came and Santa put off going to Little Bears home in the deep woods, until last. In fact Little Bear had just gotten up and everyone in the family was gathered around the Christmas Tree in the house and opened up their gifts. Papa Bear and all the rest noticed that Santa had not been by and they were worried. Little Bear had gifts from all the family and he had good gifts of clothes and toys, but the stocking by the fireplace was empty.

Little Bears gifts to the family were a big hit and Papa Bear was so proud of his new fishing lure that he went immediately and stuck it on his fishing hat. That way he would have it safe until spring came and the rivers and lakes thawed from the winter ice. Momma Bear could not get enough deep sweet breaths of her dried flowers and Little Bears grandparents spent all morning hanging their freshly painted portraits that Little Bear had painted. Everyone was very happy, except Santa never came to the house.

Then as everyone thought about what Little Bear just said. There came a rattle, bang, crunch and boom in the front yard of the Bear home in the woods. They all ran to the windows and looked out to see what had happened. Then what appeared before their eyes as the snow settled from being blown around in a whirlwind. There appeared Santa and his reindeer. Then as they stared with wonder a knock came upon the door.

Little Bear ran to the door, for his family was too shocked to go themselves and politely invited Santa to come inside. Santa stepped inside and asked for pardon that he has interrupted the family day of Christmas. Everyone all stared and Santa took that as an OK that all was right. Then Santa asked to speak to Little Bear for a minute.

Papa Bear shook his head yes and his eyes were as big as tea cups. Santa said, “Little Bear, you never sent me a letter!” Little Bear gulped and thought, “Oops I am in trouble!”

Then Santa went on, “I have never had that happen and when Mister Owl came back to me and said that, “Little Bear said, “I have hugs, kisses, lots of food and lots of love! What more do I need?” I had run out of time to try to think of what to get you, Little Bear. So I decided to come by in person and give you a gift that no other kid will have. For kids love to tell me what they want for Christmas, but you did not want anything!”

6. Santa looked at Little Bear and said, “If your Papa and the rest of your family say OK! I want to take all of you to the North Pole and have you spend Christmas with Mrs. Santa Clause, the elves, the reindeer and I. For we always have a late Christmas after everyone else has theirs!”

Faster than a Little Bear can say, “Yippee!”, the whole family crowded into the sled with Santa and before they knew it they were at the North Pole having a special Christmas…

They had games to play with the elves and they even got to meet Rudolf the Red Nose Reindeer. He had a cold and his nose was even redder than normal. They ate so much food that they all felt like their clothes would pop the buttons and Mrs. Santa Clause had tears in her eyes as they all had to leave…

Santa dropped them off at their Bear home in the woods and as the sleigh lifted into the sky they heard, “Ho Ho Ho and Merry Christmas Little Bear!”

Little Bear said later as his mom tucked him in bed, “I got the best Christmas gift in the whole world and I am glad that my whole family was able to share in it.”

Then he said as his tired eyes closed, “There really is a Santa!” 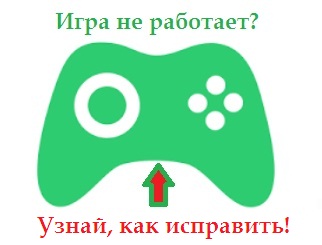